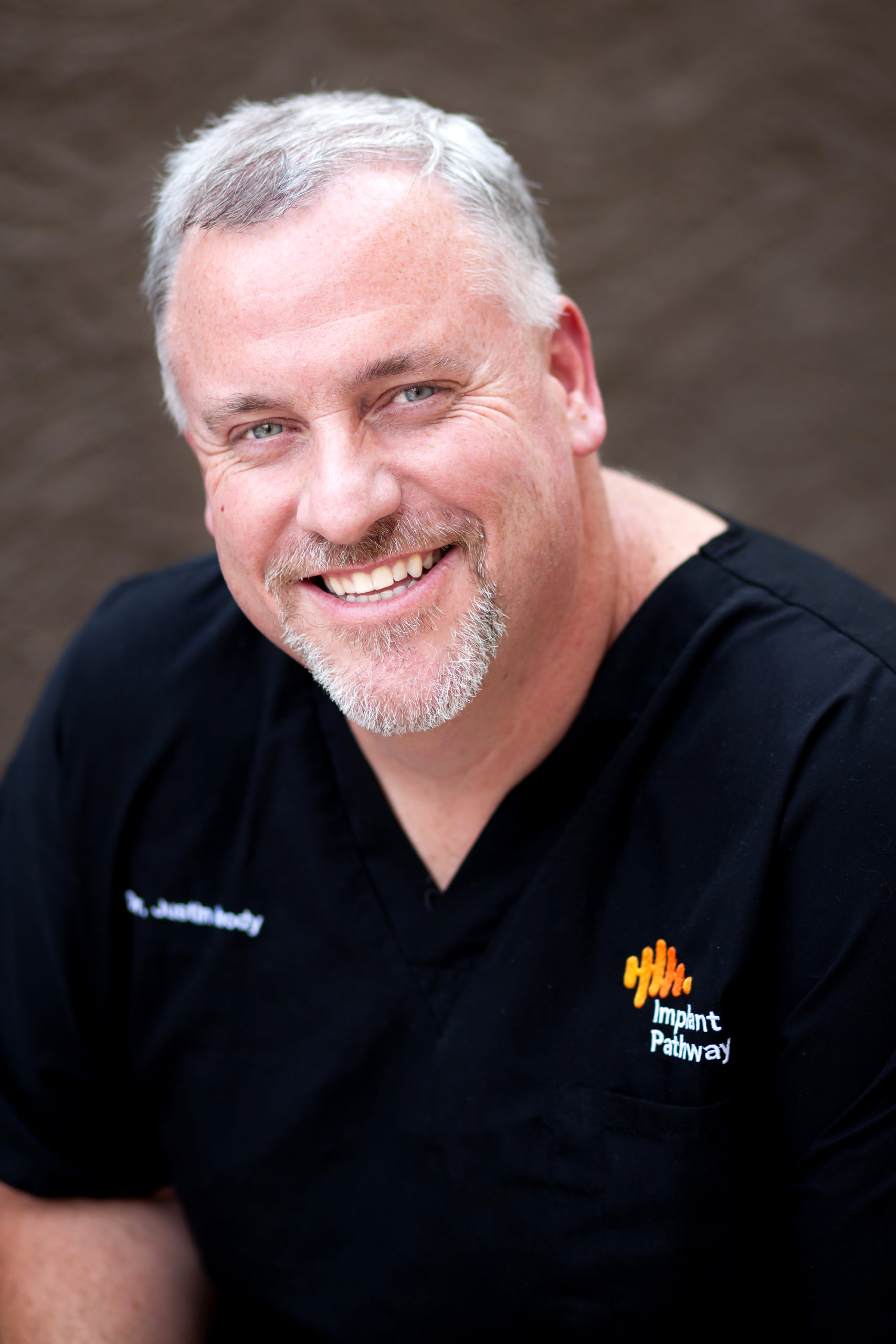 Dr. Moody grew up on a ranch just outside Crawford, Nebraska where his family has called home for 6 generations. He graduated from Crawford High School in 1989 and attended the University of Nebraska at Lincoln, studying Biological Sciences. In 1997, he graduated from the University of Oklahoma Health Science Center College of Dentistry with his doctorate. While in dental school he was awarded the National Disaster Medical System Appreciation letter for his efforts during the Oklahoma City Bombing, the Teledyne Removable Prosthodontic outstanding student award, the Oral Pathology outstanding student award and completed a mini residency in the Advanced Education in General Dentistry department.

Learning didn’t stop after graduating from dental school, Dr. Moody knew that incorporating dental implants into his practice was the right thing to do for his patients. He attended the prestigious Misch International Implant Institute where he was awarded a fellowship and mastership. Once a month for a year he flew to Atlanta Georgia to attend the AAID maxi-course residency at the Medical College of Georgia. That education and countless other courses and seminars gave Dr. Moody the knowledge and experience to become one of the leading dental implantologists in the United States. He has earned Fellow and Diplomate status in the International Congress of Oral Implantologists, Fellow and Associate Fellow status in the American Academy of Implant Dentistry and was one of the youngest Diplomates in the American Board of Oral Implantology/Implant Dentistry. Dr. Moody is adjunct faculty at the University of Nebraska Medical Center, a Mentor at the Kois Center in Seattle Washington and recently became an Honored Fellow of the American Academy of Implant Dentistry. 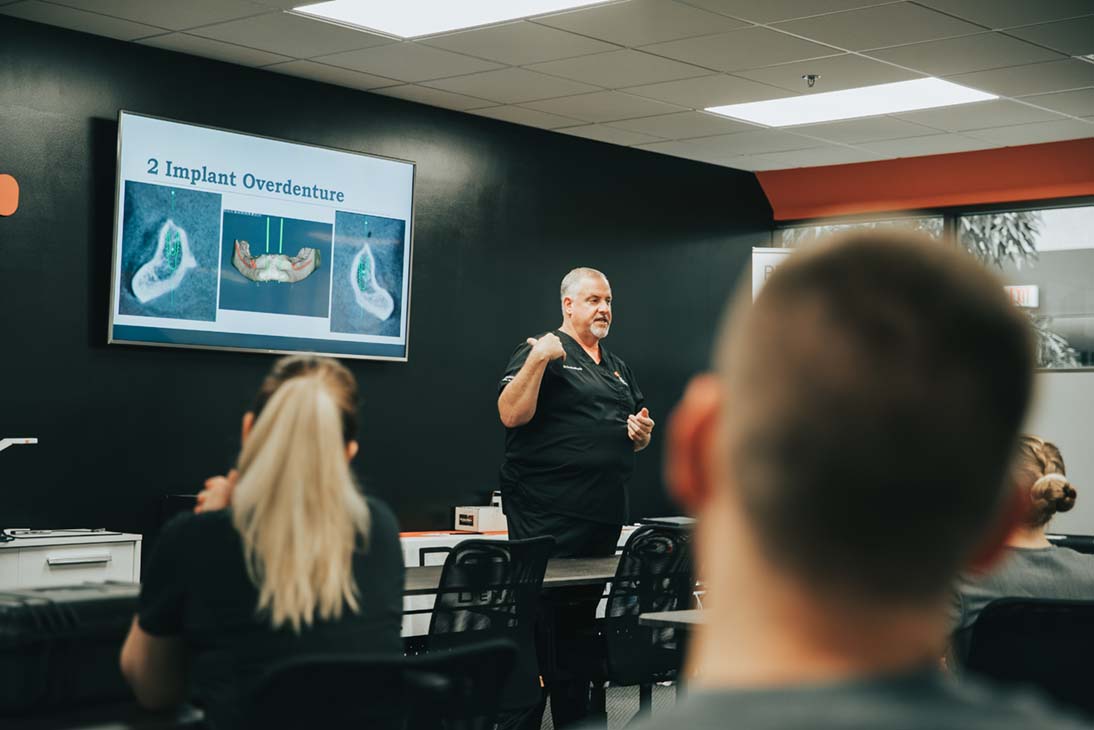 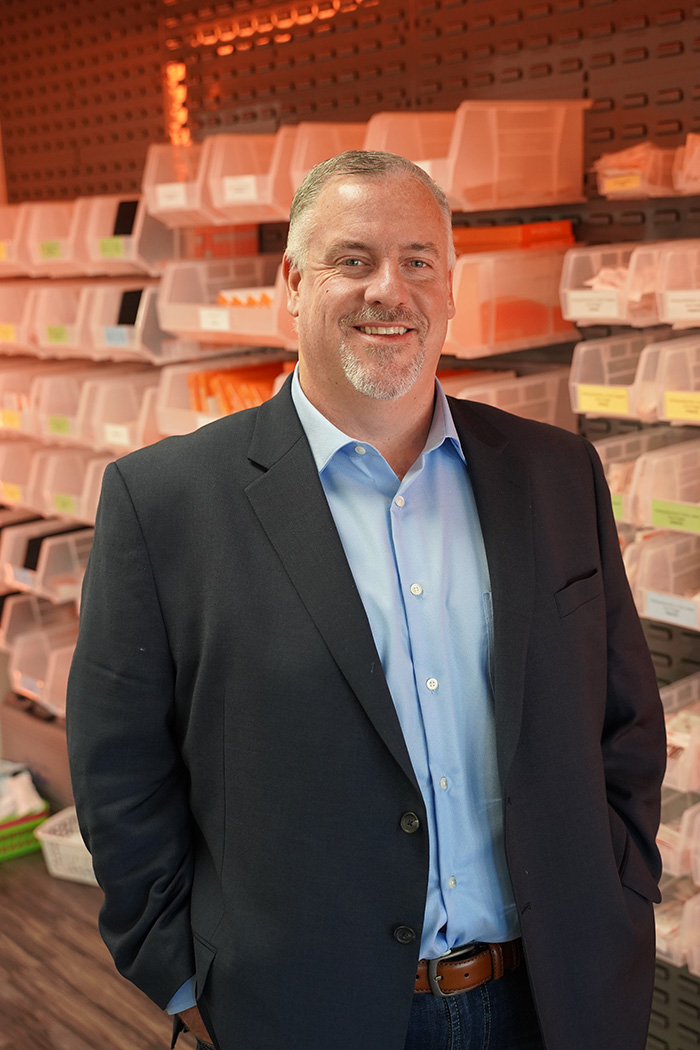 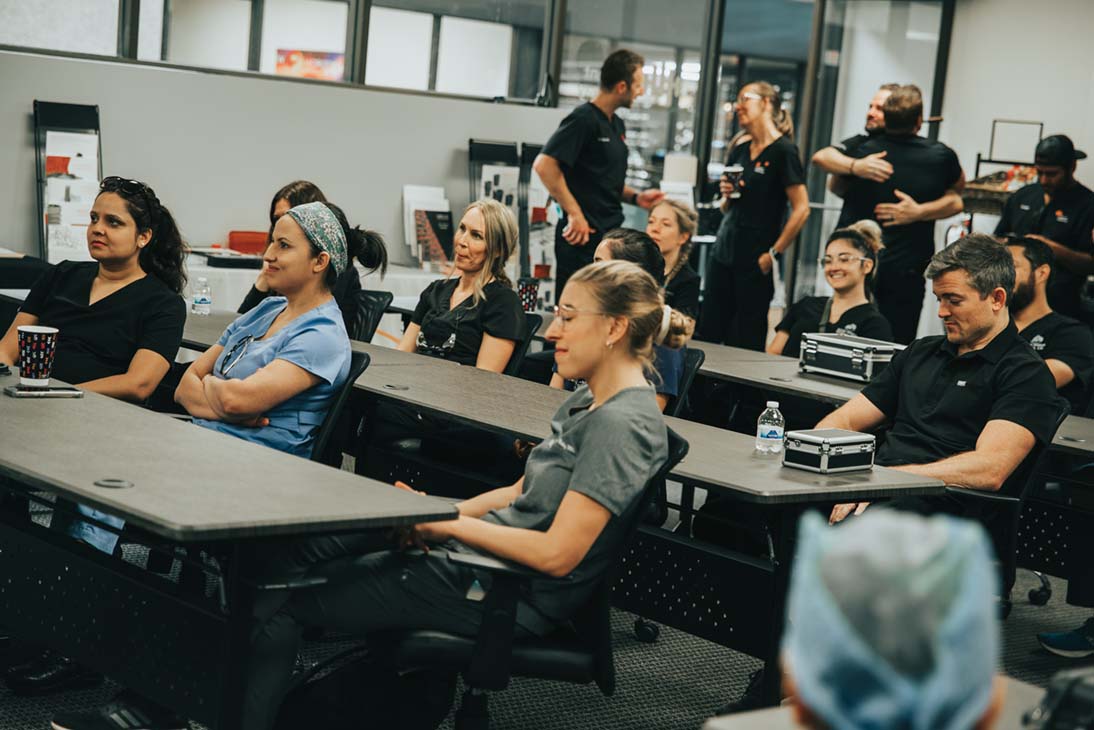 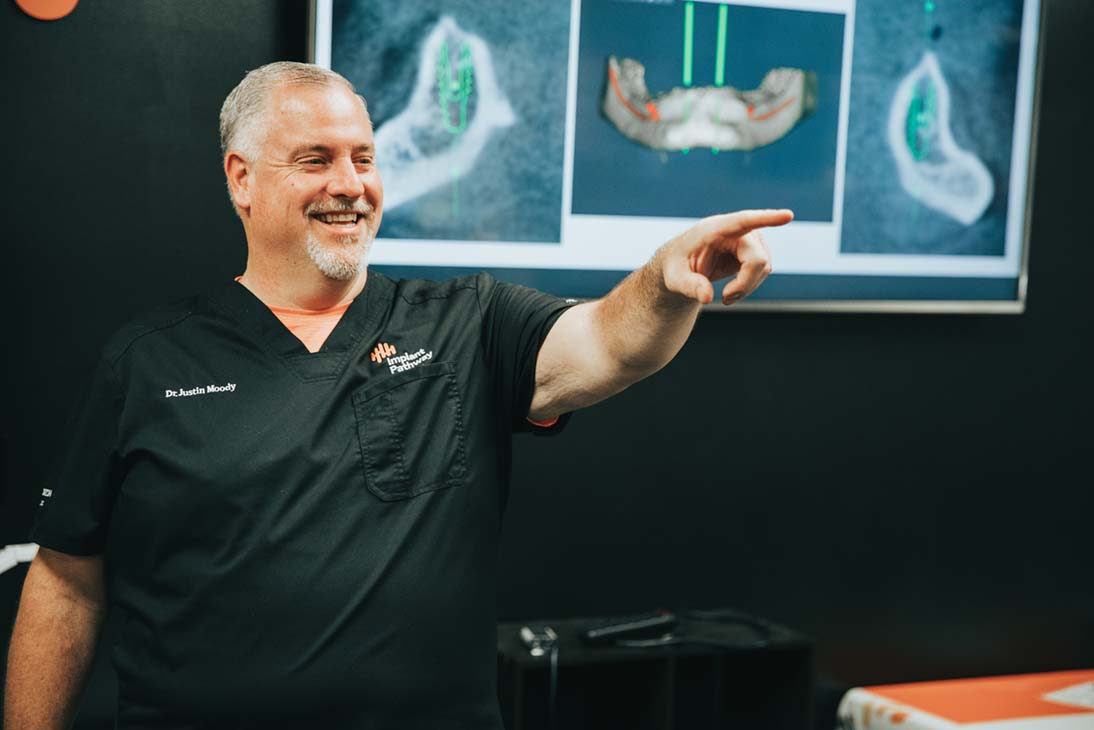 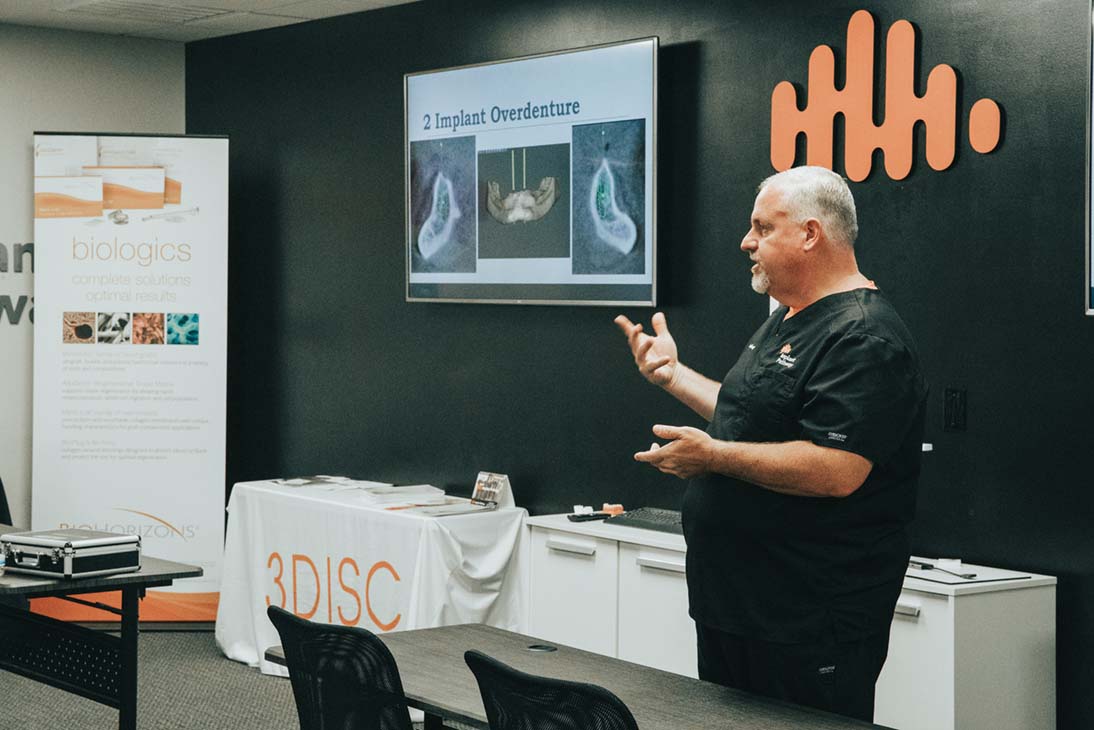 Providing quality dental care to rural America is a priority of Dr. Moody’s, he is the owner of Horizon West Dental group which has multiple locations in western Nebraska providing state of the art dental care with the latest in technology by some of the most highly trained dentists around. In 2008, Dr. Moody limited his practice to the field of dental implants by opening the first Dental Implant Center in Rapid City, South Dakota. Today, there are multiple centers in the Midwest providing cutting edge dental implant care to thousands of patients. Understanding how important continuing education is to today’s general dentists, Dr. Moody founded Implant Pathway in 2014. The curriculum and vision for Implant Pathway came from the many amazing dentists Dr. Moody learned from over the years and is now proud to call many of them faculty. 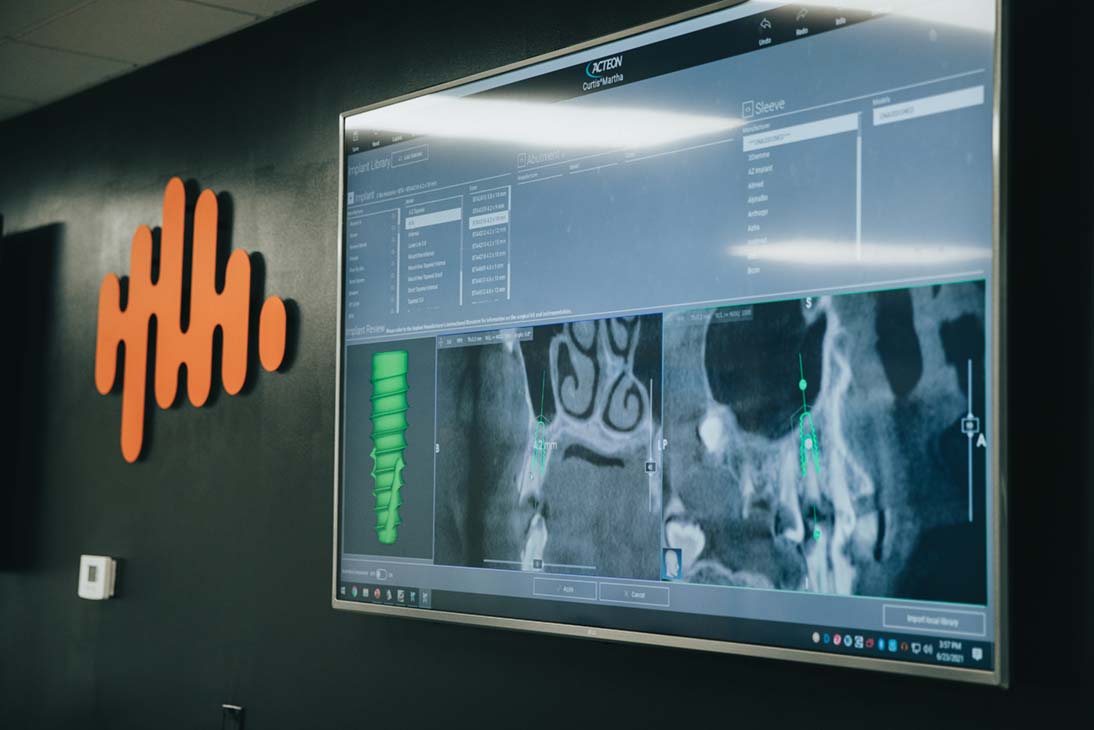 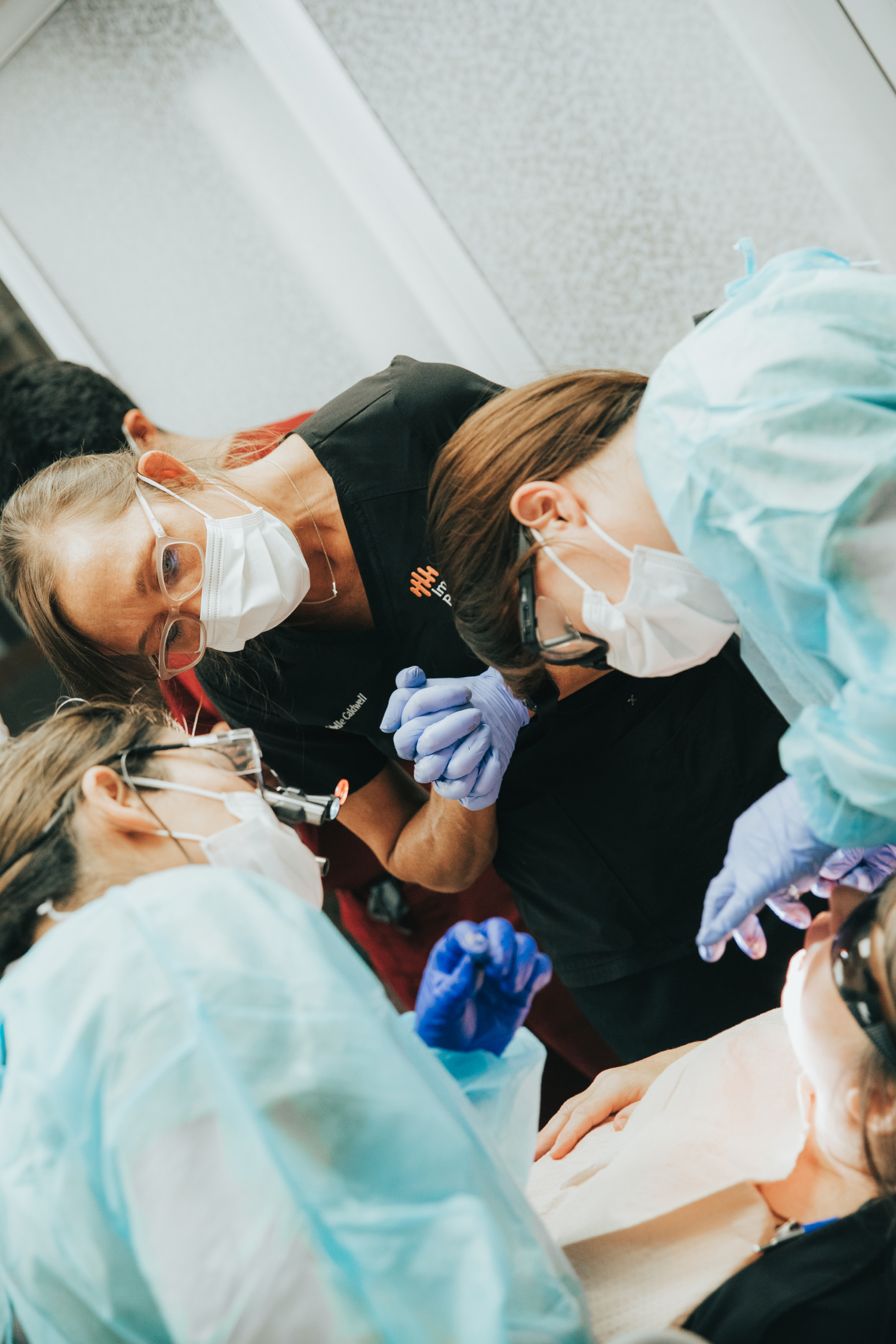 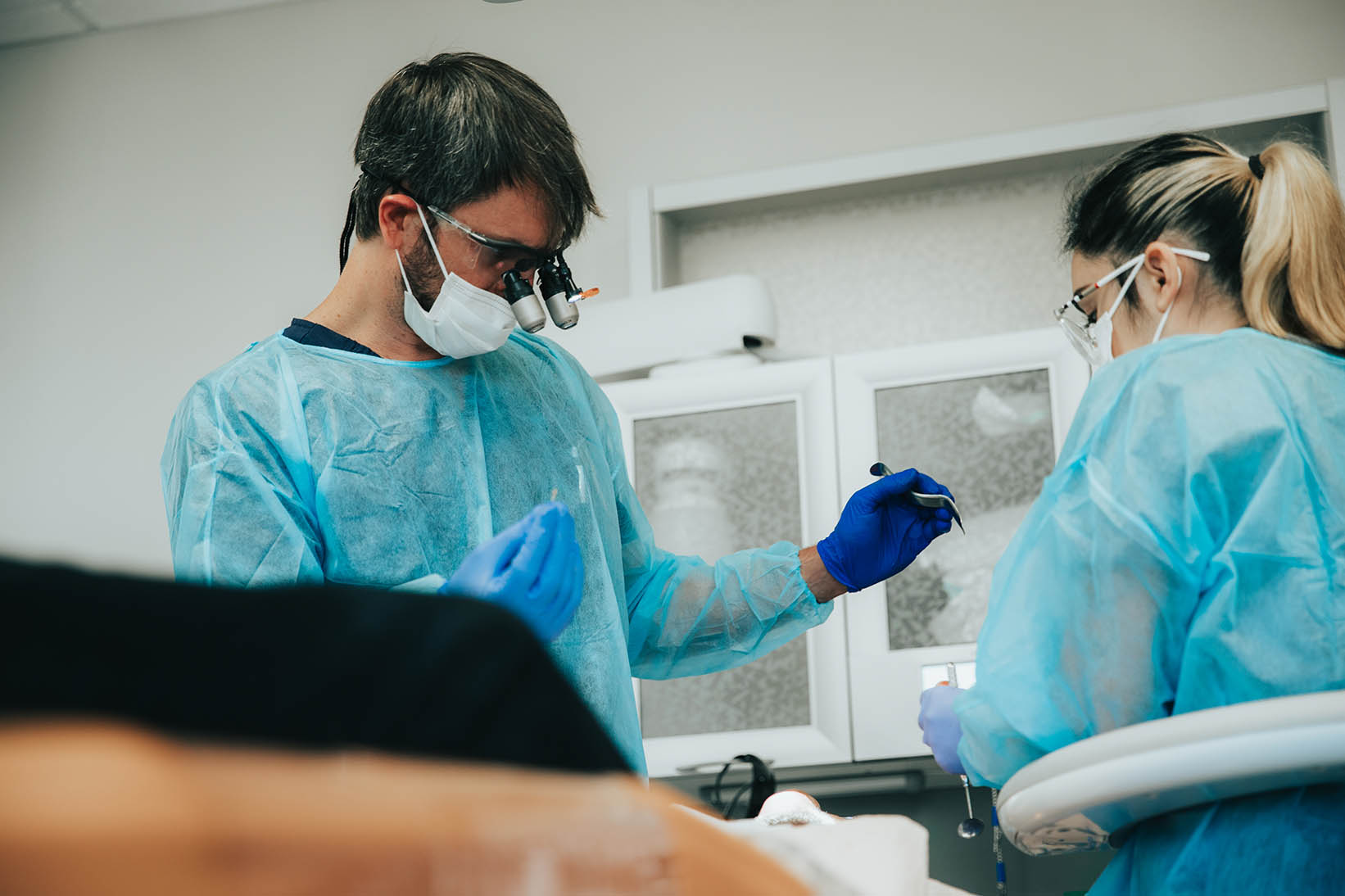 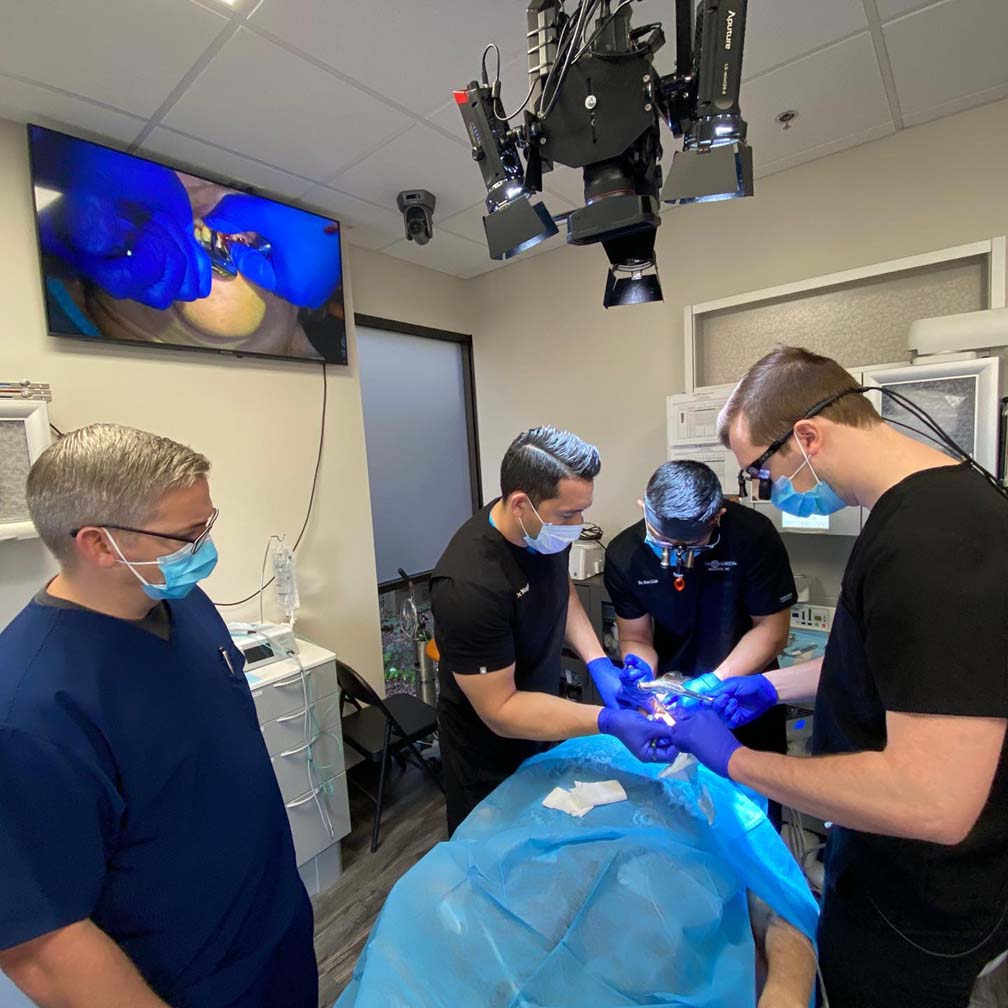 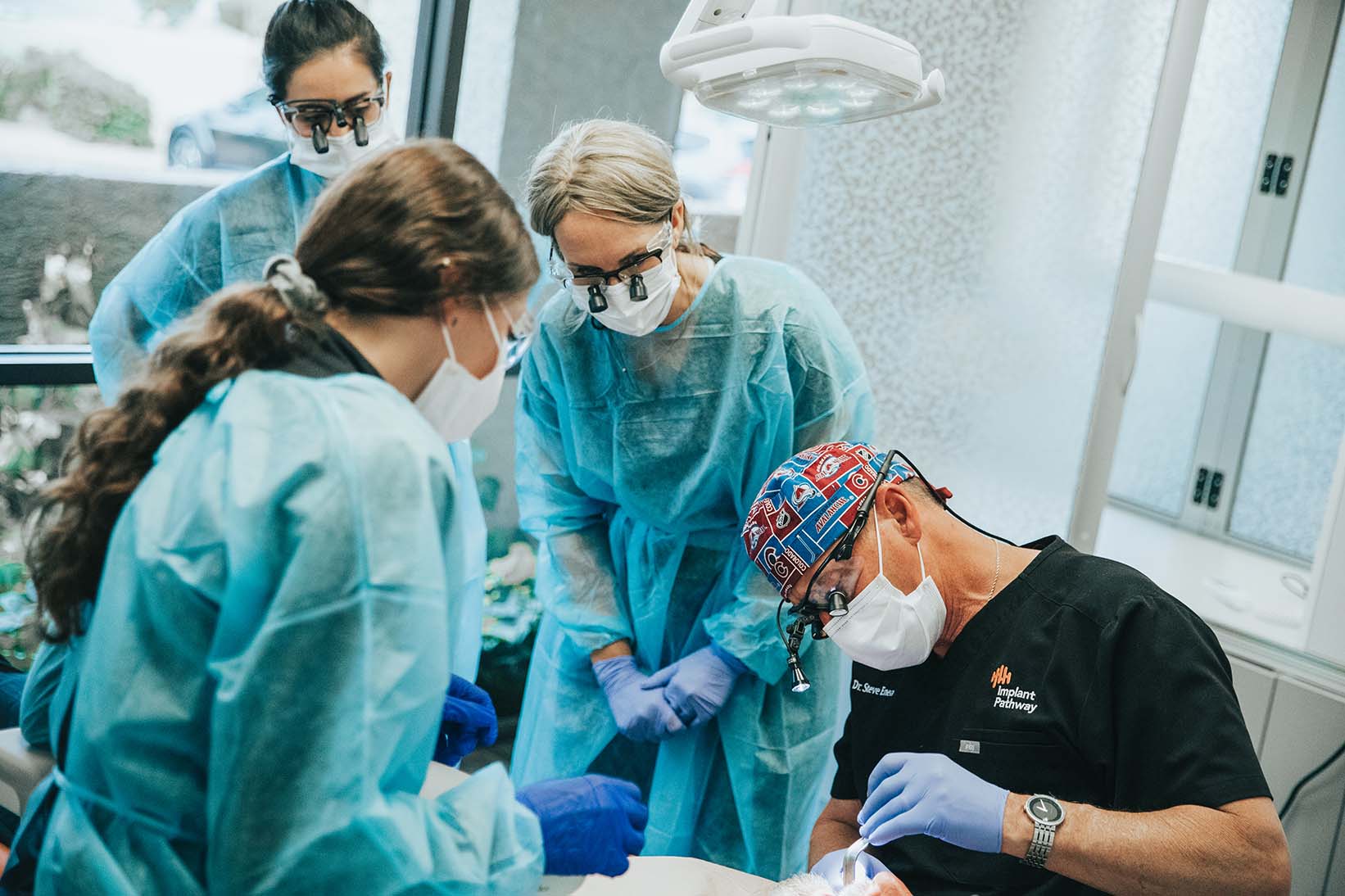 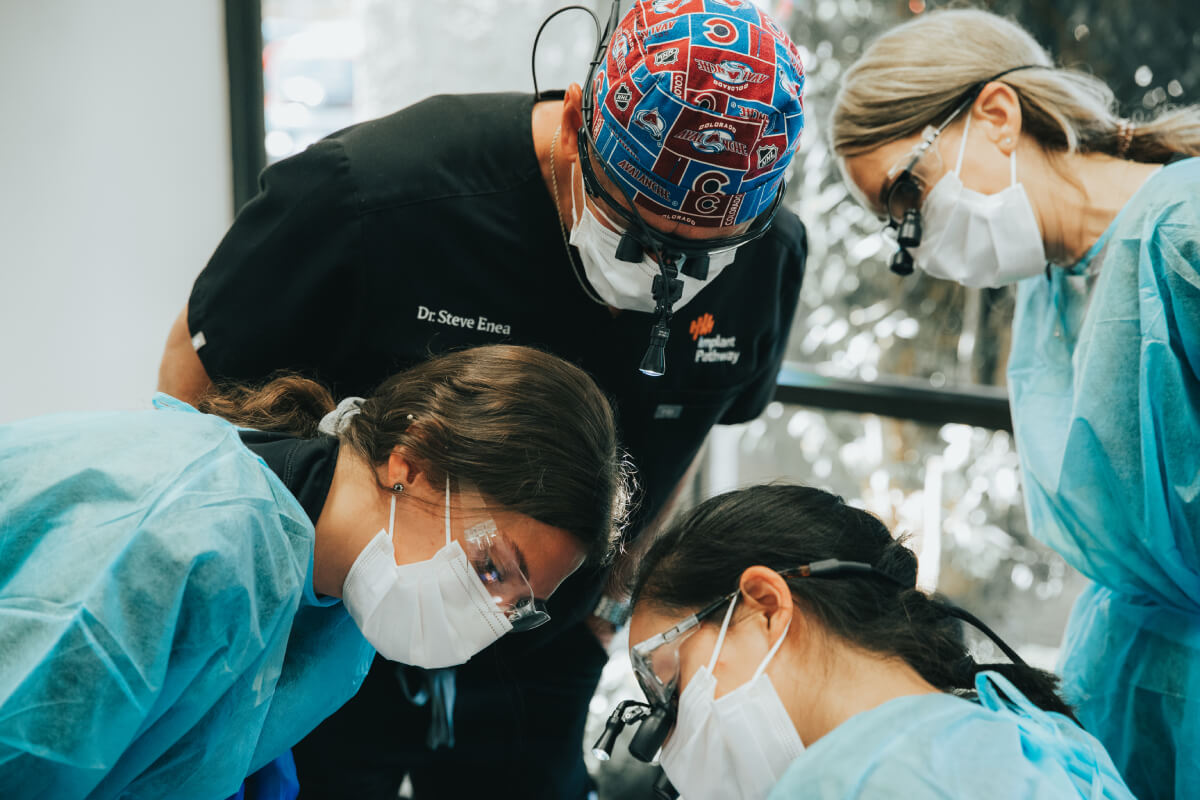 Live surgery training has always been the best form of learning. In 2017, Dr. Moody helped found the New Horizons Institute in Tempe Arizona. This 501(c)3 non-profit clinic was designed to help those who can’t afford dental implants as well as the day to day dentistry involved with the treatment. It is here that the Implant Pathway attendees can gain the valuable live implant training while helping the most deserving people right here in the USA. Today, Dr. Moody calls Scottsdale, Arizona home where he devotes his time to The Pathway and New Horizons Institutes, and continues to see patients in his private practice. 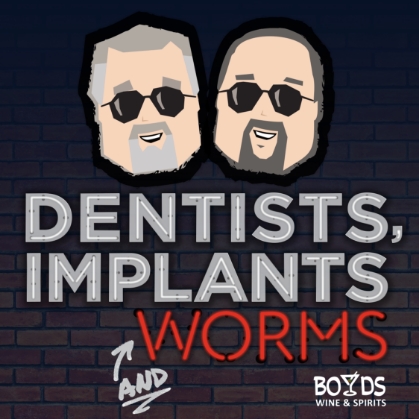 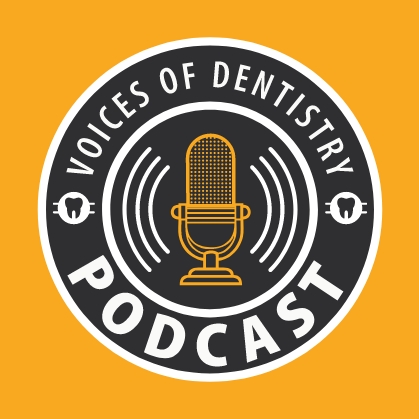 With over 20 courses, 15+ seasoned mentors, and new Pathways being added to our curriculum, you can explore new ways to enhance your practice offerings and gain the confidence to treat patients with the high quality care they deserve.